The Curse of Linear Thinking

Goal directed thinking is useful, but can cause problems when pursued in a linear fashion. Linear thinking is easier because it ignores complexity and chaos. The future is seen as a simple extension from the past through the present in the same direction. This is behind our ideas of progress, our system of step by step education ending in graduation, and climbing the ladder of success. The problem is that life is rarely so simple, people are seldom so cooperative, and even nature itself seems averse to straight lines. Chinese tradition held that demons traveled in straight lines. Curved rooftops were designed to ward off evil, Chinese laborers wildly resisted the laying of railway tracks in straight lines.

A new perspective makes us consider that the shortest distance between two points may in fact not be a straight line.

Have you ever taken on a job or a project that was promised to be a certain way, but turned out to be quite different, and in fact significantly harder or less pleasant than promised? Things promised in a straight line fashion often end up seriously misrepresenting the reality of the situation. Look out for the hidden agenda.

Whether you are choosing a college major, making a career decision, or enrolling in professional training, these programs are often delivered with a promise of a predictable path. Think carefully before you commit to such a path. What assumptions are they making? Do they clearly show where they are taking you? You can get a better idea if you ask what kind of changes they anticipate. Awareness of change ahead implies flexibility in steering. Ignorance of change reveals a one track mind.

Have an exit strategy

If the job does turn out to be other than promised, instead of Career Promised Land, you may find yourself in Career Purgatory, or worse. You may have started out on the straight track, but somewhere along the line someone pulled a railroad switch, and you ended up on a track traveling in another direction altogether. This has happened to me, and perhaps to you as well.

Rather than wasting energy assigning blame, better to have a plan for getting out or moving on. Do you have a safety net and a clear idea of where you want to go? If not, you may find yourself jumping out of the frying pan and right into the fire.

In planning your exit strategy it can be helpful to speak to the veterans who have been there, as well as to those who may have already left. Of course their experience is not the same as yours, but it can help you see the situation more clearly.

Beware the lure of linear thinking. Success is not a ladder to climb, but rather finding happiness in the pursuit of goals that really matter to you. It is easy to become persuaded that you need to take intermediate steps first to eventually reach your goal. However, these steps may not lead you where you want to go, but instead on a detour toward something else.

From where you stand now, you may not be able to see very well what is ahead. Rather than gazing hard in one direction, you may find more clarity by getting into in a new environment altogether. A walk in the woods, a conversation in a cafe, a getaway vacation, a change in your routine can give you a different vantage point from which to view your current situation.

Get a fresh perspective

The best cure for linear thinking is 360-degree awareness, taking in the whole rather than looking in a single direction. The character 観 (kan) means vision or perspective. It depicts a stork standing in a state of awareness, not staring but seeing with great clarity. It is this commanding view that gives you a better vantage, an advantage.

This viewing point can take the form of stories, even parallel situations from another time and place. Keep alert and you can learn lessons without getting lost in linear thinking, or ending up on someone else’s track.

An excellent way to step out of linear thinking but remain goal focused is to use GOALSCAPE software http://budurl.com/lygs, which helps you visualize, track, and achieve your goals with 360-degree awareness.

Download a PERSPECTIVE MANDALA http://budurl.com/crln to review these ideas, and free yourself from the trap of linear thinking as you pursue your goals in life. 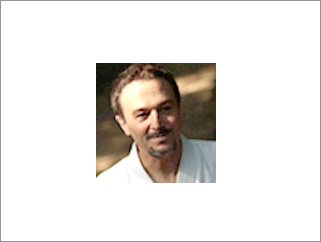 William Reed is a renowned author-speaker who coaches physical finesse and flexible focus for a creative career path. A certified Master Trainer in Guerrilla Marketing and 7th-dan in Aikido, he combines practical wisdom of East and West to help you learn personal branding at the Entrepreneurs Creative Edge. [http://www.williamreed.jp]
William Reedの投稿一覧